At Ironclad Plumbing, we know that water leaks can develop into a serious issue if they’re not handled quickly. A small issue such as a leaking pipe can quickly turn into a bigger problem and even cause extensive damage to your property.

Whether you’re dealing with burst or leaking pipes, our Blue Mountains plumbers are here to help. Our team of experienced plumbers can help you get your plumbing system running smoothly again.

Need leak detection or any other plumbing services – we are available 24/7! We’ll do our best to resolve the issue quickly and efficiently and you can rest easy knowing that your plumbing is in good hands.

If you want to avoid an emergency situation caused by burst pipes, it is important to maintain your pipes on a regular basis. By carefully inspecting your pipes for any cracks or leaks, and quickly repairing any issues that you find, you can help prevent a burst pipe from happening. Indeed, if a leaking pipe is not fixed right away, the leak could gradually worsen over time, eventually breaking open and allowing water to pour into the area where the pipe is located. 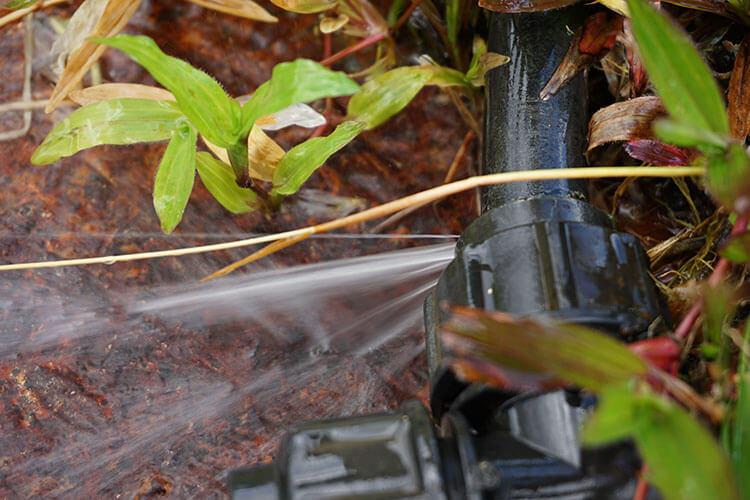 A burst water pipe not only puts pressure on your plumbing system physically but also creates an additional strain on your wallet when it comes to repairing costs and water damage. By taking steps to identify and fix any potential weaknesses in your pipes before they burst open, you can protect both the integrity of your plumbing system and the safety of your home. So make sure that you take the time and limit any potential risks by catching leaks early on and keeping your pipes in good condition at all times.

With proper maintenance and care, you can rest assured that you won’t be faced with a burst pipe emergency anytime soon!

Get your pipes serviced by a professional

The plumbing experts at Ironclad Plumbing Blue Mountains are here to help! We are experts in leak detection, burst pipes repair, gas fitting and gas leaks and we are available 24/7 to fix any leaking or burst pipes – before they become a far bigger problem.

We use the latest technology and equipment to locate the source of the leak, and our experienced plumbers carry out repairs quickly and efficiently. We understand the importance of resolving leaks quickly to minimize the damage caused – so don’t hesitate to give us a call if you suspect a leak.

Burst water pipe? We are ready to act quickly in case of emergency

Burst water pipes  can cause major damage to your home and property. It is important to act quickly and call an experienced plumber immediately to prevent further damage. Our 24-hour emergency plumbing service is always ready to help, even after regular hours. We understand that burst pipes can be a major inconvenience and our priority is always your safety. You can also fill out our online form for all pipe and plumbing-related queries.

Our team uses the latest technology and techniques to track down even the smallest leaks, so you can rest assured knowing that we will locate the source of any issues right away. And our experienced plumbers will handle any repairs quickly and efficiently, prioritising your safety. If you suspect a leak or have an emergency situation on your hands, don’t hesitate to call us today! We’ll be there in no time to resolve your plumbing problems with ease.

What to do if you found a water leak?

If you have found a water leak at home, the first thing that you should do is to shut off the main water line. It is also good to turn off the power lines, as in some cases the pooled water may soak the power sockets or other electrical appliances at home.

The next important thing is to call a professional plumber to mitigate the extent of the damage. A licensed plumber will be able to locate the leak precisely and start the repair work. Our team of qualified plumbers will help you detect and address the potential causes of the leak, do the necessary repairs and check the water pressure so that you do not face such problems again.

Water leaks and pipe bursts can occur for a host of reasons. Leaks in water pipes can result in high water bills, flooding of the floors and structural damage. Some of the common causes of a burst pipe are –

Our highly skilled and experienced team is always prepared to handle all your plumbing issues. We not just repair worn-out pipes but run thorough diagnostic tests to prevent future occurrences. Our team is highly experienced in the periodic inspection of pipes and their appropriate maintenance.

Burst water pipe or a small leak - when to seek help?

Both burst pipes and leaking pipes can cause extensive damage to your home if left alone. Burst pipes occur when too much pressure builds up in the pipe and the pipe bursts. Leaks, on the other hand, happen when water starts to seep out of the pipe.

Burst pipes are more serious than leaks because they can cause more damage in a shorter period of time. If you have a burst pipe, it is important to seek the help of a professional plumber as soon as possible.

Burst water pipes can be caused by many different things, including freezing temperatures, clogged pipes, and faulty valves. Leaking pipes, on the other hand, are often caused by corrosion or wear and tear. If you have a leaking pipe, you should also seek the help of a professional as soon as possible. A burst or leaking pipe can cause extensive damage to your home, so it is important to take action quickly. Our Ironclad Plumbers in the Blue Mountains can help you repair burst or leaking pipes quickly and efficiently.

What's the difference between broken sewer pipe and drain blockage?

If you are dealing with a broken sewer pipe, it is important to understand the relationship between drain blockage and broken pipes. In most cases, burst pipes are not detected until a severe blockage occurs. This is because a large percentage of drains in homes and businesses are underground and out of sight. It may not be until you notice that your drains aren’t working properly or that your toilets are clogged that you become aware of a burst pipe. But by then, the damage from a burst pipe can already be significant, resulting in flooding and serious structural damage to your home or business.

To avoid this scenario, it is essential to stay on top of any issues with burst water pipes or leaking pipes. Regular maintenance can help identify small problems before they become major issues, allowing you to repair burst pipes before they cause serious damage. With professional plumbing services, you can ensure that all of your home or business plumbing systems are running smoothly at all times. And by taking steps to prevent burst pipes and other plumbing problems, you can save yourself costly repairs down the road. So if you suspect there may be an issue with your sewer drains or other plumbing components, don’t hesitate to get in touch with a professional for immediate assistance.

Or fill in the form below and we’ll call you back.

Fill in the form and we'll call you back.